What’s good, internet? Been off the blog for a while but I’m back to hit you with some saving facts for any savings saps out there wasting their money instead of making it work for them. Sound familiar anybody? (me circa not that long ago/now) So in this article I just want to run down some of the things I have learned in the past few years on my journey to take my financial education more seriously than I did in my younger days. 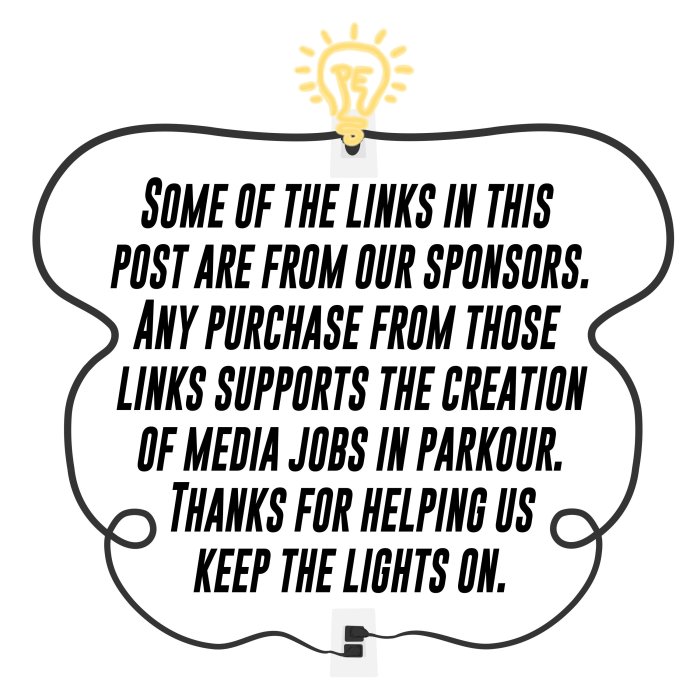 I fucking love this bank. Seriously. I left Bank of America back in 2017 for these guys and could not be happier after making the switch, no more overdraft fees or other random fees that big banks have baked into the banking system – the money you put in your account actually belongs to you. They work on a tip based system that you can set monthly as low as $0 a month – they suggest $2 but until it’s required – that shit is $0.

Now there’s a couple reasons why I love this bank so much. That $0 a month is numero uno but equally important for all you parkour people is the fact that they reimburse you for ATM fees anywhere on the planet (that’s seriously how they market it). Think how often you’re traveling in another country for this sport and how much ATM fees slam you when you’re out jamming with foreign friends you just met through training.

Or if you’re poor as fuck and don’t leave the United States, it’s still pretty nice not to get charged a fee when you take money out at 7Eleven or some shit for an Arizona Iced Tea. And that’s really the power of this platform, it just allowed me to feel like I had power over my finances for the first time. Their Savings account is attached to your Checking and you earn as much as 1% APY as long as you have $1,000 in any Aspiration account.

They don’t have CDs yet or anything like that but I’d imagine they’ll add them in the future as they grow. Currently though if you use my referral link we both get $25 to donate to a charity of our choice – which is pretty dope and probably would affect things like the fires in Australia right now. That environmental consciousness is built into this platform, all of their investing options are made up entirely of fossil fuel free companies.

It looks like they’ve added Insurance options as well now on the platform but for me it really comes down to the: 1) fee free account (unless you tip!) 2) ATM reimbursements 3) fossil fuel free investing 4) getting to donate to charities when your friends join and last but not least 5) telling the Big Banks to go fuck themselves by taking out your money. Ultimately in the personal finance quest only you can decide where your money belongs.

A retirement plan? You mean like life after your professional parkour career ends? (or starts) I know it may sound crazy but the millennial generation and younger are getting fucked over by high interest rates, raising rent prices and astronomical student loan debt – but it’s still really important that you are actually putting money into your retirement. Your job may provide you an option like Fidelity but if not, try out Betterment, I like it.

I’m not going to claim to be an expert on this at all (really that goes for all of this shit). But what I will take a second to talk to you about is a Roth IRA account and why you should be putting as much of your money as possible into before you get too wrinkly. Currently the government lets you add $6,000 a year into this account which accrues interest value tax free until you withdraw it many years from now – also tax free.

Now $6,000 a year may sound like not a lot of money (or a fuckload of money for burritos and Storror clothing), but I’m willing to bet more than half the people reading this don’t have a retirement account at all if their work wasn’t kind enough to make one for them, it’s just not something we learn in school anymore. So if you’re in a position where $500 a month is burning a hole in your pockets then putting in a Roth IRA for a much later rainy day could be the best bang for your buck. Every penny counts on this.

The Betterment app works pretty well so far, support is helpful and I haven’t really had any issues with it so far. I’m still in my testing phase with this application and if I had more money to invest I would be using Vanguard instead – best believe once I know more about that I will be writing about it in the future. But both my Betterment General Investing and my Retirement accounts are earning more than the national average.

If you’re lucky enough to have an employer that matches your 401K contributions then you should be putting money there before you put it in your Roth account, because that’s free fucking money they’re willing to throw at you and it’s rude of you not to accept shit like that. But any money left over that you still have lying around works just as well on Betterment as it does on Fidelity or your local banks retirement plans. I would actually love to hear from the readers on this one. which retirement account do you like best?

I started learning about investing during the Great Bitcoin Rush of 2017, where I fortunately managed to enter the market right before shit got crazy ($6K) – but was not able to flip a capital gain by exiting at the high point ($20K) and then reinvesting back once it hit the support line (around $4K). If that wasn’t English to you – lemme know and I’ll write a separate article that goes more into Bitcoin and cryptocurrency in general.

I spent 6 weeks researching online before finally investing for the first time on both Robinhood and Coinbase. I tried Acorns as well but I don’t fuck with that app to be honest, it lost me money that I could have spent more wisely on my own elsewhere. So I highly recommend before you do anything from this article that you do your research. Starting on the personal finance or investing subreddits is a great start. Here’s one.

One of the coolest things Robinhood is offering is what they call a “Cash Management” account, comes with a card and everything. I only have about 471,000 people ahead of me in line to test it, which is like… the population of Miami. But if any of you want to try out the app we both get a free stock and we’re a little closer to earning up to 1.8 % APY on the money we have waiting in the wings to be invested in really dope things.

According to the FDIC most saving accounts average out  about 0.09% APY – which is fucking terrible. So although Robinhood’s rates will vary over time, your invested money will do way better with the banks in their program than most others on the market. For reference, I’ve seen several banks offer money market accounts with rates as high as 1.6% and there are now several banks offering as high as 1.7% – but it’ll vary. Let’s talk about this before you do some crazy shit like putting all your savings in Robinhood.

I like Robinhood because it’s commission free – so you don’t have to pay every time you buy a stock or mutual fund, which can add up if you don’t have much money to begin with. In general you should only have money you’re willing to lose put in your investing accounts, like money you dropped on the subway – but secretly it’s still in your pocket. Your income and your spending will let you know how much you can safely invest here.

So now that you have your money in your account you can start buying stocks (and even fractional shares once you make the waiting list). I’m not going to tell you very much about what to buy or when to buy it – other than to tell you to do your fucking research. It’s your money, not mine and I don’t want you to waste it, but I’m happy to answer any questions if you wanna chat me up about it on social. Also you can use CashApp instead to invest in Bitcoin and fractional stocks – but now there’s a commission so fuck that.

And that’s all I wrote, folks! Hope you’ve enjoyed hearing about my experience with these 3 excellent personal finance applications. I would love to transition the blog to have more content of this nature so let me know if it was useful for you or how I could improve future blogs that deal with money and investing and other shit like that. Also let me know if I’m swearing too much (I definitely am) because I didn’t give a fuck this time around. Thanks so much for reading and sorry I disappeared for so long last year. Let’s get motivated and make 2020 a year worth remembering! Train hard. Save harder. Bless.

View all posts by parkourentrepreneur

Send It To Social